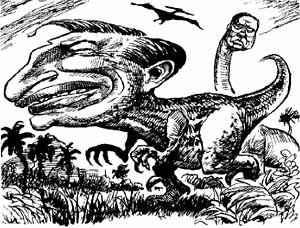 Barack Obama has displayed extraordinary flexibility in his approach to Iran’s nuclear programme. He has supported Iran’s “right to a peaceful nuclear energy programme”, declared his willingness to meet unconditionally and extended his own deadlines for Iran to begin serious negotiations. He has maintained that position despite Iran’s bellicose rhetoric and despite congressional pressure for sanctions.

Last week’s revelation of a covert uranium enrichment facility makes it clear that Iran’s rulers are pursuing nuclear weapons. Common sense suggested this long ago. Iran’s proven reserves of natural gas are the world’s second largest (after Russia) and four times those of the US. With two-thirds of those reserves still undeveloped, expensive nuclear power plants are a waste of resources. Even for nuclear energy, it would be cheaper to purchase reactor fuel rather than enrich uranium. Most tellingly, why would Iran be developing long-range ballistic missiles if its nuclear intentions were peaceful? And why build a covert centrifuge plant that is too small to be of commercial use and at a military base? As a senior official of the Obama administration said last week: “Our information is that the Iranians began this facility with the intent that it be secret, and therefore giving them an option of producing weapons-grade uranium without the international community knowing about it.”

In 1994, proponents of the Framework Agreement with North Korea argued that Pyongyang would not cheat because the risks of being caught were too great. As it turned out, even the chances of being caught were not great and the consequences proved to be negligible. When the Clinton administration found signs of a secret facility in 1998, it was unable to prove it, perhaps because the North Koreans had cleaned up the site (as the Iranians are probably doing now). Definitive proof of North Korea’s centrifuge programme did not come to light until 2002, but when charged with this violation, Pyongyang rapidly broke out of the 1994 restrictions, reprocessed the previously “safeguarded” plutonium and tested a nuclear device. Faced with the prospect that North Korea could always do something worse, the US kept making concessions in order to resume negotiations.

Iran has said that it simply aspires to follow the Japanese model of peaceful nuclear development, but that is not as reassuring as it sounds. In 2002, Ichiro Ozawa, now general-secretary of Japan’s new ruling party, said: “We have plenty of plutonium in our nuclear power plants, [enough to] produce 3,000 to 4,000 nuclear warheads.” Given Japan’s decidedly peaceful foreign policy, those stockpiles do not occasion great fears. No one expects Japan to kick out International Atomic Energy Agency inspectors and abrogate safeguards as North Korea did. The same cannot be said of Iran, which is steadily accumulating its own break-out capability by producing low-enriched uranium. Thus, any agreement that allows Iran continued enrichment of uranium is likely to repeat the unsatisfactory experience with North Korea, in which violations are followed by new concessions to bring the violator back to the negotiating table.

Normally even the toughest sanctions would be unlikely to persuade Tehran to abandon its pursuit of nuclear weapons. The Iranian economy is far less vulnerable to sanctions than North Korea and Iran’s rulers have shown that they care little if their people suffer. However, circumstances in Iran are no longer normal. The push for reform in Iran that began with the protests against June’s election fraud offers an opportunity to bring the Iranian people into the debate about the true costs of their rulers’ nuclear ambitions.

To do so, the world must talk less about Iran’s right to peaceful nuclear energy and more about how the regime is wasting the people’s resources. It means doing what we can to support the forces of reform in Iran, both symbolically and practically. Unfortunately, it also means bringing home to the Iranian people that they will pay an increasingly high price for their rulers’ nuclear ambitions. That means the toughest possible sanctions, and soon. Time is running out. The suggestion that Iran can avoid sanctions without abandoning uranium enrichment, simply by opening its illegal facilities to inspection, will be interpreted by Tehran as a sign of weakness. Even this approach may not be enough to persuade Israel not to act on its own, but at least it offers some prospect of success. And it is more than Israel’s security that is at risk. Iran’s Arab neighbours are also deeply worried that nuclear weapons would embolden Iran’s support for terrorism, subversion and even conventional military aggression. Americans need to consider that nuclear weapons might embolden Tehran to provide sanctuary to al-Qaeda or other terrorists. Or, more catastrophically, even to provide them covertly with nuclear weapons.

The writer is a Visiting Scholar at the American Enterprise Institute

Now in its eighth year, the U.S.-Taiwan Defense Industry Conference will bring together senior officials and academics in the field from the two countries to discuss strategic security issues of mutual concern, organizers said.

The U.S.-Taiwan Business Council, which groups American companies with interests in Taiwan, has been organizing the event annually since 2002 when then-Defense Minister Tang Yiau-min represented Taiwan at the first meeting in St.Petersburg, Florida.

Rupert Hammond-Chambers, president of the U.S.-Taiwan Defense Industry Conference, said Monday the agenda for this year's meeting will focus on U.S.-Taiwan defense cooperation and Taiwan's future defense and security needs.

Paul Wolfowitz, a former U.S. deputy defense secretary who is now chairman of the U.S.-Taiwan Business Council, will moderate at the upcoming conference.

Scholars, experts and defense industry representatives from both countries will also attend the meeting.